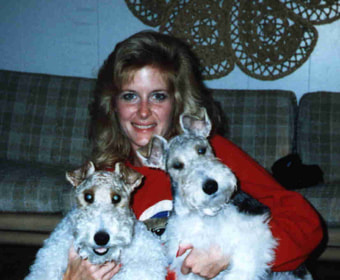 ​KBSTRRC began with the Topsail Turtle Project, which was organized by Karen Beasley in order to preserve and protect sea turtle nests, nesting females, and hatchlings on the 26 miles of coastline on Topsail Island. After Karen’s early death, the torch was passed on to her mother, Jean Beasley, the first Executive Director of both the nesting program and the rehabilitation center. Jean continues to serve as Board Member Emerita.

The dream of a rehabilitation center was realized through the tireless efforts of the Beasley family; their financial support; the support of the project members; and the generous donations of money, time, and material from local residents, businesses, and visitors.
​
After breaking ground in May 2010, the new Karen Beasley Sea Turtle Rescue and Rehabilitation Center in Surf City, NC opened its doors on November 7, 2013. After years of working in a crowded, cramped 900 square-foot space, caring for up to 40 turtles, the Center moved into its new 13,000+ square-foot building.
​ 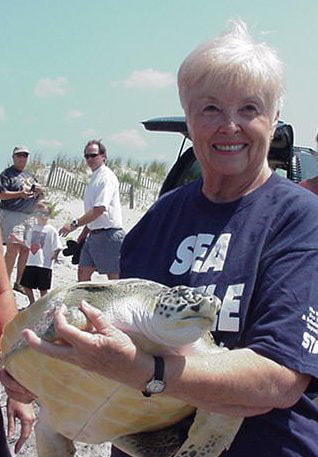 ​In 1996, a small group of dedicated volunteers with the Topsail Turtle Project stood on an empty lot in Topsail Beach. The group shared a dream…. They had the opportunity to care for an injured sea turtle who came to be called Lucky.  Lucky was a sea turtle who required long term rehabilitation and thus demonstrated the need for a place in North Carolina for sick and injured sea turtles. Lucky was cared for with lots of TLC and was able to be returned to the wild. The question was, where would other sick and injured sea turtles in need of medical attention go for treatment and care? Thus, the dream of a place on Topsail Island to provide that kind of sanctuary for sea turtles in need was born.

In 1996, the town of Topsail Beach generously offered to lease a small lot on Banks Channel to the group for such a facility. The arrival of hurricanes Bertha and Fran put the plans on hold, but the dream lived on. Finally, in the spring of 1997, it appeared that plans could be put in motion again.

Three North Carolina sea turtles who had spent the winter at Sea World of Florida were due to arrive back in North Carolina in mid-June. They would need a place to go for care and treatment. Could the group handle it? With a resounding “Yes!” plans accelerated, and by June 19, 1997 an outdoor rehabilitation area was ready to receive Karen, Corey, and the well known local favorite, Huffy.

As the summer of 1997 passed, volunteers were busy caring for the injured sea turtles while monitoring the beach for nests each morning and making sure that baby sea turtles made it safely to the water each night. Each day in the background were the beautiful songs of hammer and saw. Construction had begun on the Karen Beasley Sea Turtle Rescue and Rehabilitation Center! The dream was a step nearer to reality.

Support for the project was overwhelming. Donations were generous. Local business did their part. It was all coming together! There were nail biting times to be sure, and days when everything seemed to go wrong; but things kept moving forward.

We moved into our new 900 square foot facility in October 1997,  where air and water temperatures are kept sea turtle warm.
​
Thanks to all those who have supported the building effort; to those who continue to support the operating costs; and to the dedicated people who have worked so hard supplying and staffing the center. The dream has become a reality.
​​
​We are a 501(c)(3) Non-Profit Organization - POWERED BY VOLUNTEERS
EIN: 56-1967579
This conservation work for protected sea turtles at the Karen Beasley Sea Turtle Rescue and Rehabilitation Center and on Topsail Island is authorized by the North Carolina Wildlife Resources Commission, ES Permit 22ST05.
© 2022 Karen Beasley Sea Turtle Rescue & Rehabilitation Center​
Powered by Volunteers!
Website Design by Loggerhead Designs
DONATE
Site powered by Loggerhead Designs