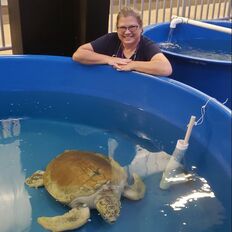 Kathy Zagzebski, Executive Director
kzagzebski@seaturtlehospital.org
(w) 910-329-0222 | (c) 910-541-1028
Kathy joined the Karen Beasley Sea Turtle Rescue and Rehabilitation Center in February, 2021. For the previous sixteen years, she served as President and Executive Director of the National Marine Life Center, a marine animal hospital and science and education center in Bourne, Massachusetts. From 1998 to 2005, she led the Stranding Department at The Marine Mammal Center in Sausalito, California, where she was responsible for rescue operations along a 600-mile stretch of the California coast. And from 1997 to 1998, she served as Program Manager for the Georgia Coastal Management Program and helped achieve a federally-approved coastal zone management program for the state. Kathy has volunteered for a variety of marine animal projects and organizations in Massachusetts, California, Georgia, Hawaii, and North Carolina. She graduated magna cum laude from Augustana College and received her master’s degree in coastal environmental management from Duke University. A member of the International Sea Turtle Society, Kathy has also served on a number of nonprofit boards, educational advisory committees, and other civic service in California and Massachusetts. Locally, she serves on the Surf City Shoreline and Resiliency Advisory Committee and is a liaison to the Topsail Island Shoreline Protection Commission. 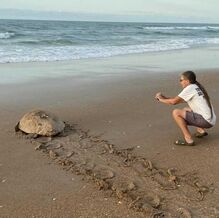 Terry Meyer, Deputy and Conservation Director
tmeyer@seaturtlehospital.org
(w) 910-329-0222 | (c) 910-470-2880 - Sea Turtle Hotline
Terry has been involved with the Karen Beasley Sea Turtle Rescue and Rehabilitation Center since 1996. She serves as the organization’s Deputy and Conservation Director, as well as it’s Treasurer. As such, she also serves as CFO and COO, managing KBSTRRC's finances and physical facilities. Terry may be best known for her work on the beach. She also leads and directs the  the Topsail Turtle Project. Outside her role at KBSTRRC, Terry provides full-service bookkeeping and accounting services for small businesses. She previously served as Treasurer of the International Sea Turtle Society, and continues to assist them with bookkeeping and accounting. 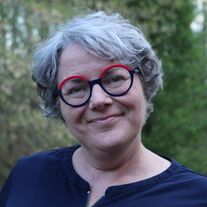 Tracy Shaw, Administrative Assistant
tshaw@seaturtlehospital.org
(w) 910-329-0222
​Tracy joined the Karen Beasley Sea Turtle Rescue and Rehabilitation Center in January of 2023.  She first visited the center in 2016 with her two daughters and fell in love with the organization. Originally from New Jersey, Tracy has called North Carolina home for 32 years, relocating from Greensboro, North Carolina to North Topsail Beach. A former educator and school administrator Tracy has had extensive experience in volunteer coordinating, websites, social media and engaging community members.  Tracy is excited to be able to use these skills to help KBSTRRC continue their work and live out her dream of saving Sea Turtles.