Snooki’s stranding was a bit of a mystery. She certainly wasn’t one of our “Barnacle Bill” turtles that come in emaciated and covered with all sorts of sea life. She was obviously pretty smart and very lucky as she had minimal injuries and just a few scars from all of those years living in the wild. She was eating well, and even arrived with a cooler full of her favorite food – conch. But something was just not right with her. And so began our year-long ongoing quest to figure it out.
​

Turtle personalities are just as varied as people’s. There are the quiet ones who lounge around near the bottom of their tank only coming up for breakfast or air. And then there are the ones who do everything they can to attract a crowd. If you’ve been to visit us you know that “Snooki” happens to like the spotlight.
​
Snooki arrived at our hospital on October 30, 2016, after a short stay at the Marine Mammal Stranding Center in Brigantine, NJ. This very large (over three-hundred pound) loggerhead had stranded multiple times along the beach in Avalon until her rescue. We won’t go into details, but we will say that just getting this zaftig lady from NJ to NC and finally to our facility took a very large village! And a huge crate, roomy plane, and lots of strong people!
​

Snooki had, and continues to have, regular exams by our turtle vet, Dr. Craig Harms. His visits include a physical exam, blood work and tissue samples of any suspicious areas. For much of her first year with us, Snooki was treated on a daily basis for persistent skin lesions, and prescribed various oral antibiotics as needed. A few months ago she was well enough to require her beauty treatment only once a week. While she’s looking good on the outside there is one thing keeping her here: she lists slightly, and either can’t or won’t spend time on the bottom of her tank. Turtles in the wild need to feed and sleep on the bottom. If Snooki can’t get down and stay down long enough to do those things, she cannot be released.

Maybe, we thought, she just needs a larger tank to get a “running start” towards the bottom. So the next step was to find somebody to manufacture a tank that was “just right.” It had to be small enough fit into Sea Turtle Bay without too much disruption to existing plumbing, as well as small enough to allow our staff to get in and work with Snooki as needed. But it also had to be generous enough to give Snooki room to swim in something other than circles so that she could prove that she can get to and stay on the bottom. The tank, an oval fiberglass 8’ X 17’ behemoth, arrived and is now inside Sea Turtle Bay, thanks to a group of Camp Lejeune marines who muscled it in through a series of doors.
​​ 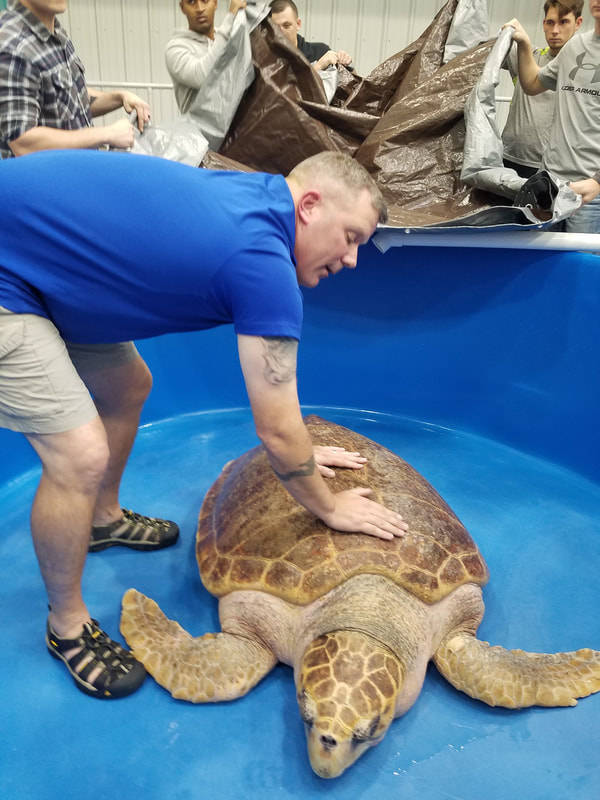 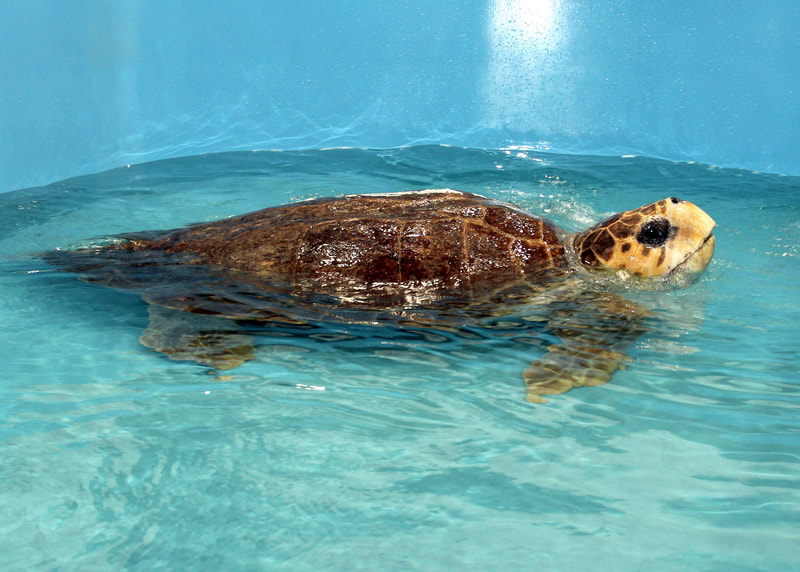 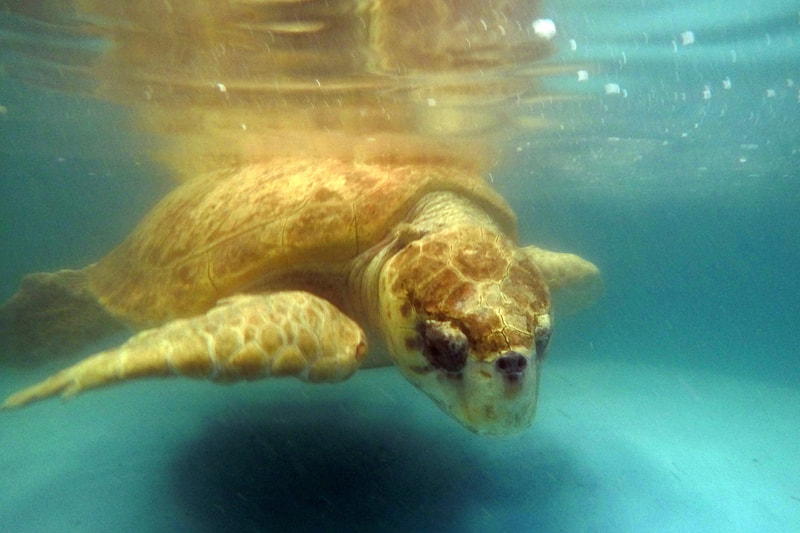